So with my obsession of collecting various anime drawings off Pixiv, I now have thousands of images, with no easy way to browse them.

FlyViewer is my css3 experimentation to present a slideshow gallery that eventually will be interactive.

The stage is to have the images fly out and center when hovered over. The end goal is to use matrix adjustments to allow arrow key inputs to “fly” around in simulated 3d space.

This photo alone is worth all the work volunteering at Animania 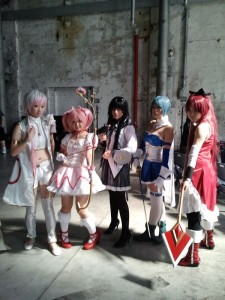 Why oh why did I get lazy and not bring my camera?? Crappy cellphone camera…

The scream from the crowd when we rolled out the Evangelion set was euphoric. Hope I can find someone who recorded the whole thing 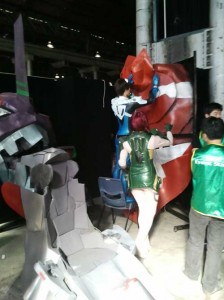 Evangelion cosplay group prepping their mecha head before showtime (don't ask me how we got them on stage, it was a terror) 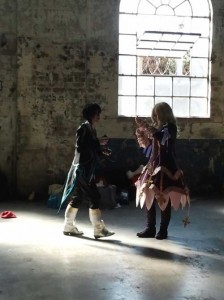 Tales of Xillia cosplay group. Love the outfit, but their choice of cosplay was not the best for adapting to a skit 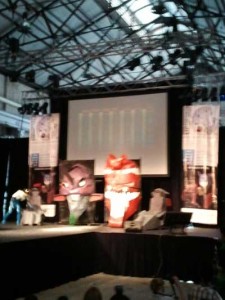 Evangelion group on stage. Camera pretty much died to the stagelight... *sigh* 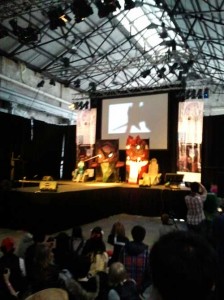 Gallery from one of the backstage camera crew. You’ll find all the Cosplay finalist photos there.

Just found this manga the other day, have to say this is awesome. A good mix of moe, touching tales, a bit of mystery, then things got serious man. All round awesome.

First episode… I’ll grudgingly give the anime a nod of approval.

On the hand the art style is totally different and I felt lacking, I do approve of the age increase given to Dalian. It gave her more of a more mature, solemn, noble grace which made the scene of her lying in Huey’s arm while Huey pulls the books out of her incredibly beautiful, I think visually it would not be the same if she remained a loli, though it does work in the book of course. Plus it differentiated further from GOSICK, not that Dalian was ever close to being like Victorica.

The music and presentation style was also top notch, conveying the general atmosphere of the original light novel well I think. Beautiful, creepy, and always filled with an air of sadness.

More importantly they stuck to the plot and character portrayal, well chronologically the book is supposed to have the stories all out of order, but I think for the anime bringing Huey and Dalian’s meeting to ep1 made sense.

The challenge ahead however is dealing with the short stories, afterall Bibliotheca Mystica de Dantalian is not really about Huey and Dalian, though their interaction is certainly fun, but in the larger picture they are bystanders to a world mad with forbidden books. They are witness to people’s greed, lust, envy, sins. And of course the occasional pureness of heart.