Our flight leaves at 1pm, I aim to get to Narita before 11am, either the 8.46 or 9.31 direct train from Shinbashi. Leave some time to do a final luggage check and reserve time for unforeseen issues. That leaves us an hour and a bit in the morning.

The options was either Meiji-Jingu Outer Garden or Zoujouji, a temple with a view of Tokyo Tower not far from the hotel.

Meiji-Jingu Outer Garden is about 7 minutes from Shinbashi, accounting for walking time it’d be about 20 minutes each way. Doable but will be cutting it close even if we left at 7am.

Zoujouji is about 10 minutes walk, easier to control the timing. And since we had seen ginkgo leaves the day before I felt Zoujouji would be more interesting.

For breakfast, the egg was scrambled egg with sausage wieners, fish was salt grilled fish, plus roasted potato with bacon, salisbury steak. 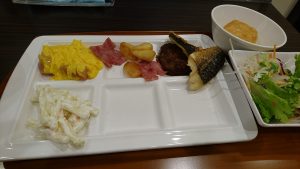 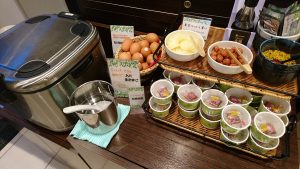 We headed out about quarter past 7.

Super Hotel is already outside the commercial areas of Shinbashi. From here to Zoujouji was mostly residential areas.

Along the way we passed the Prince Hotel, it had a fancy looking cafe/restaurant/bakery looking place by the roadside away from the main hotel building. Wondered if it was targeted at the guests or nearby office workers. The large car park before the hotel was mostly empty except for one or two tour buses.

The main gate of Zouzouji was under renovation works. The two side doors were entirely boxed behind protective boards. 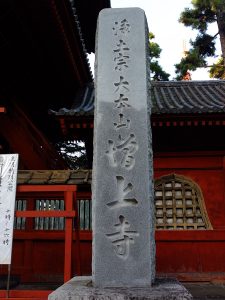 Zouzouji is one of the older temples in Tokyo, though not in its current location, it was moved twice during the Edo Era then much of it burned down during WW2. 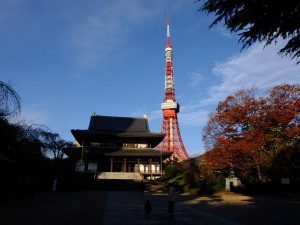 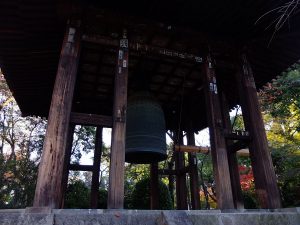 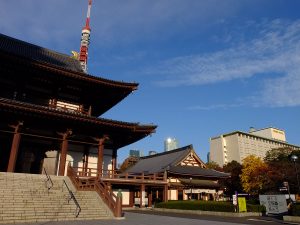 As the family temple of the Tokugawa the temple saw periods of incredibly glory, with over 120 buildings at its peak. Even today the temple is a massive complex with several interconnected giant halls.

The family tomb of the Tokugawa is located here. To the north western end of the temple grounds lies 6 of the Tokugawa shoguns. We weren’t able to enter the tomb area, it’s closed off and only opens at 10 plus 500Y entrance fee. 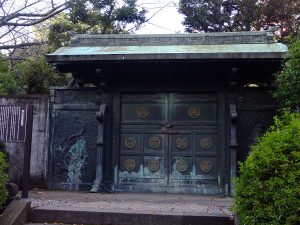 Along the northern edge of the temple was a long row of child Jizos statues. They wore red little hats and capes and had windmills next to them. Dedicated for the safe growth of children and memorial of unborn babies. 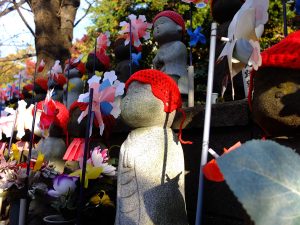 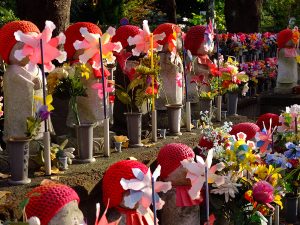 Behind the temple hall rose the red and white of Tokyo tower. Replaced by the Skytree its original purpose may be have been, its faux Eiffel Tower silhouette remains the spirit and romance of Tokyo. 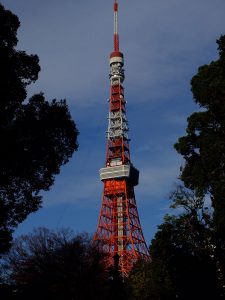 The hour went by strangely quickly, I had envisioned there being enough time to go to the bottom of Tokyo tower.

We walked back to the hotel in the same way. In the narrow streets we passed a Lawson that advertized that it baked its own bread each day.

True enough, the place has a mini bakery with two ovens. I imagine the dough is made centrally then delivered to each store, the staff only need to put the dough into the oven each morning. It’s a good step above regular packaged bread which I would have much enjoyed over cold rice balls if only these were more common place during my trips.

We got back to the hotel with plenty of time to do some last minute packing, brush up and get a last minute coffee. There is no need to check out at Super Hotel, when ready just grab the bags and walk out.

We hopped on the direct train from Shinbashi to Narita according to schedule. The train was a typical urban commuter with seats along the walls. Actually not much slower than the Skyliner express and much faster than the NEX, at less than half the price.

There weren’t too many people in the Sunday morning, we had no problem finding seats. The train surfaced after Skytree and I chanced a glimpse before it disappeared behind the high rises. The Tokyo cityscape slowly roll past, the hour slipped by. 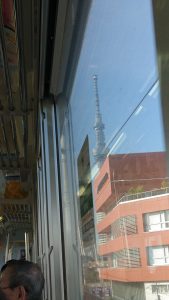 Vanilla Air was based in Terminal 3, the low cost airline terminal without its own railway station, one has to either walk 500m from Terminal 2 or wait for the shuttle bus.

The walkway between the two terminal is painted like a sports ground runway, with several rest stops along the way with benches and vending. A lot of efforts went into making the walk interesting, changing lanes, colours, posters along the walls. The distance was barely felt, in a blink we were at the escalator leading up to the terminal. 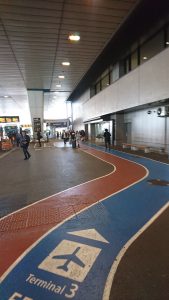 Originally I had considered taking the later train, not wanting to get here before the counter opened. With more thoughts now this way worked better. We may need to wait a short while for the counter to open but we were ahead of the line, as soon as the counter opened, we could drop off our bag and be on our way, whether to lunch or shopping. Had we come later we would have had to wait in the queue for time unknown.

While we waited for the counter to open I realized I had not yet bought a Playstation point card. Since I play Japanese games and the store only accepted credit cards from Japan, using a point card was the only way to buy the games online or for the DLCs. Thankfully there’s a Lawson right next to the counters.

After checking in we went to find something for lunch.

Terminal 3 had only a limited selection of shops but no shortage of food. Before customs there is a large food court with about 8 shops with a carefully selection ranging from ramen, sushi, donburi to western burgers and cafe. 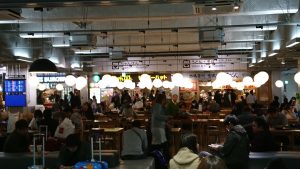 Coming early definitely worked out well, had we came later we would not have finished checking in till after 11.30, then we’d be in a hurry to eat lunch and get through customs. As it is we could easily peruse the available stalls, pick our choices and have lunch at a leisurely pace, enjoying the bustling activities all about from travellers of all walks. I went with the safe choice of the Nagasaki Champon noodle (same one in Hakata) while Y got a spicy ramen. 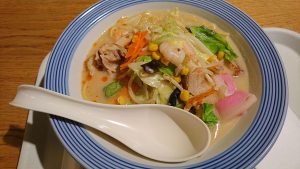 After that we went through customs. At one stage there was a tax claim station where they were supposed to inspect the tax free claimed items to ensure the travellers were bringing them with them. Instead there was only a basket with a sign and arrows. Y casually tossed the tax free claim slip into it.

Airside there was just one souvenir store selling pretty much everything. Electronics, especially rice cookers at 220V aimed at chinese. Traditional Japanese wares like chopsticks and textiles, Hello Kitties and of course all sorts of sweets. Y knew about a lot of the various sweets and chocolates, which ones were famous, which ones were talked about. I had already got enough sweets so didn’t buy any. 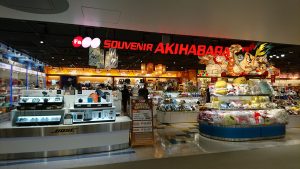 Since this was a low cost terminal there were no air bridges. Passengers had to walk down 3 flight of stairs to the ground level, across the tarmac to the air stairs through an expendable corridor that provided some shelter from the elements and served to keep passengers from wandering off. 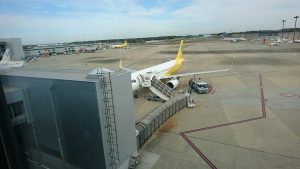 It was a small single aisle 737, the flight was short and past lunchtime, I don’t think many people ordered meals during the flight.

We arrived at Taiwan late in the afternoon and after we passed customs, disbanded and waved each other farewell.