Part of the problem with being an early person, was that you felt compelled to make something out of the early hours. Our flight was at 12, we had to get to the airport by 10, so check out at 9:30 and take a taxi there. We woke up at around 6, technically we had about 3 hours, except nothing was open at this hour.

Breakfast first though. The cafe we went to yesterday only opens at 7 so we were too early even for it. Thankfully there’s a McDonald underneath Hakata station (west side B1). 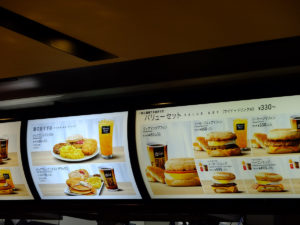 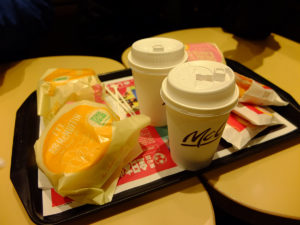 While biting into the McMuffin I thought about where to go next. Last time we went to the Ohori Park but due to time largely missed the castle ruins. That was one option, however since we weren’t as early as last time we might only get only an hour there before needing to turn back, not sure if that would be enough to walk all the way around the ruins.

The other remaining choice was going to Gion and check out some of the temples there. Since we were already on the west side it wasn’t a long walk, maybe just 10 minutes to there.

There was an underground pedestrian/bike parking passage connecting Hakata to Gion station. Everytime I see these huge underground bike storages in Japan I feel a little sad that Taiwan or Australia does not have anything similar. It’s a chicken and egg problem. Japan had an existing bike culture so when they built infrastructures they took them into account, building in bike storages and ramps on the side of stairs for pushing bikes up/down, encouraging the continued use of bicycles. While in Taiwan and Australia bikes weren’t considered a means of transport and became always an afterthought (not to mention Australia’s stupid no bikes on sidewalk rule), the infrastructures were not built to be bike friendly and as result very few people use bikes. I very much think Japan’s bike to station, train to work/school to be the ideal transportation mix. Keeps cars off the roads and keep the shops concentrated around stations.

It was winter and still quite dark when we got there. The temples unknown to me only opened at 9, we could not enter to see the buddha statue and were only able to have a look around the courtyard. 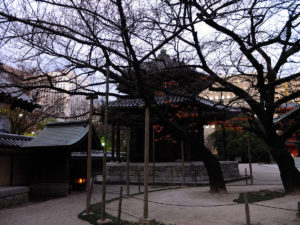 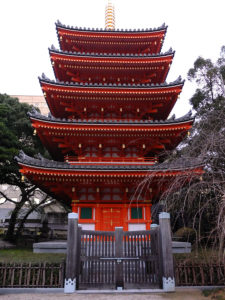 Next time I have to come to Fukuoka, either I’m taking a later flight home or I’m going to stay out late and wake up later.

We returned, brushed up back at the hotel and headed back out separately to do our own shopping in Hakata station. At least Deitos ground floor where all most of the gift shops were opened very early (makes sense, they were selling to travellers who might need to catch the early train after all). 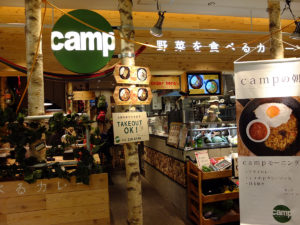 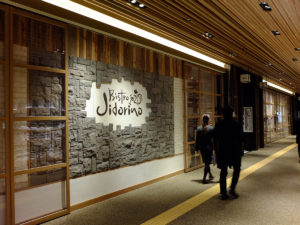 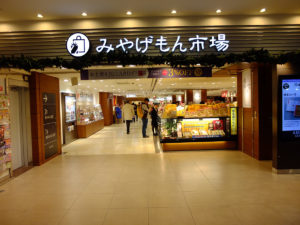 An accident happened when I forgot my wallet back at the Deitos shops while buying sweet cakes. Thankfully the staff stored it for safekeeping and I was able to get it back no problem.

Instead of calling a taxi from the hotel we walked to the station instead, this way we didn’t need to wait for the taxi to show up. We got to the airport just before 10 (taxi was 1370Y, about the same as last time). Thankfully we showed up early, we knew there was going to be a crowd from our experience last time but this time the line was at least twice as long. We were the second in line to check in and when we finished, the queue had circled all the way around the counter area. The falling yen had really given a boost to the number of Taiwanese coming to Japan.

The Fukuoka airport had undergone some changes to streamline the souvenir checkout (totally needed), and we bought some more sweets and things here. The sweet cake from Yufuin had an expiry of only 2 weeks, which meant I couldn’t bring it back to Australia, some other gifts were needed. I ended up with a few boxes of the famous Hakata chicken cakes (not the large 3D ones, just flat ones cut in the shape of little chickens). 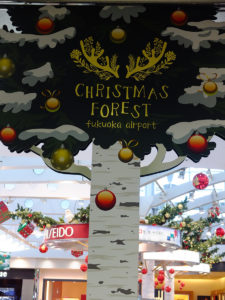 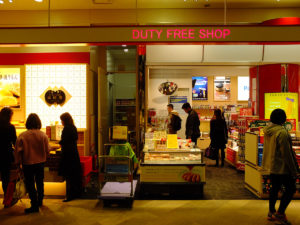 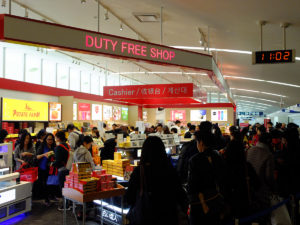 Dad got a bowl of udon from the small eatery. Nothing fancy, tastes average. At least they had hot food and not just cold sandwiches or rice balls. They could do with a real cafe though. 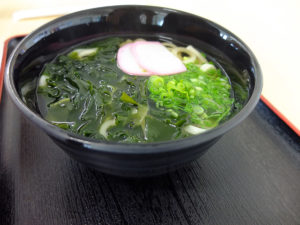 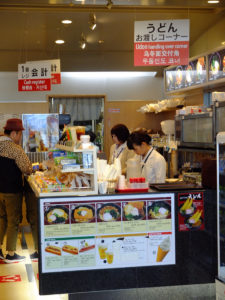 Mom wanted to use up the coins so she sought to buy a can of coffee from the vending. She got a bit confused by the labelling and bought a cold can instead of a hot can (I wish Australia vending also sold hot can coffees, wait actually, I’d settle for them selling canned coffee that doesn’t taste like just sugar and artificial flavouring).

Food on EVA air tasted just as bad as the flight to Fukuoka. At least there’s ice cream. 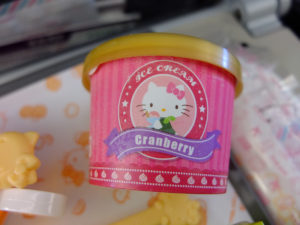 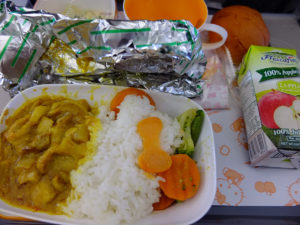