Last day. Our flight leaves at 12:30 so we only needed to be at the airport by 10:30. Works out nicely for a 10am checkout and leaves about 2 hours to wander around in the early morning. 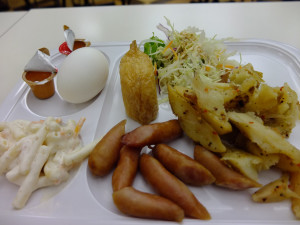 After breakfast we head to the Ohori Park about 5 metro stops out from Hakata station, 2 stops out from Tenjin, costs 260Y each way. The park was once part of the Fukuoka castle complex whose ruins neighbours the park.

A large pond separated in two halves by a chain of small island and bridges in the middle, it was a nice urban retreat. We saw many joggers, people walking their dogs and even some fishing by the waterside. 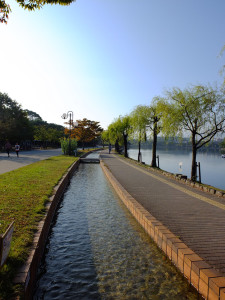 Along the paths on the northern side was a small waterway or brook, if it can be called that being entirely man-made, whose purpose remained unclear. The crystal cool water was not very deep but quite rapid, with small fishes swimming furiously against the current. 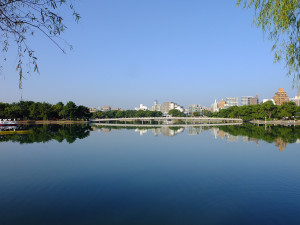 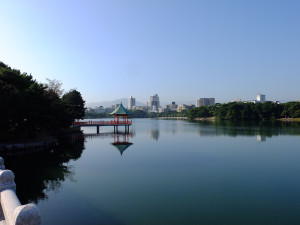 We walked in an anti-clockwise direction, crossing over the islands down the middle then back up the southeastern side. There was a Starbucks on the by the paths on the eastern shore with a great view of the water. Also adjoining the park was the art museum, a shrine and a Japanese garden.

For what was a pond in the middle of the city it was surprisingly large and took us much longer than expected. Had to cut plans to walk over to the castle ruins short and get back to the hotel with barely enough time to pack. 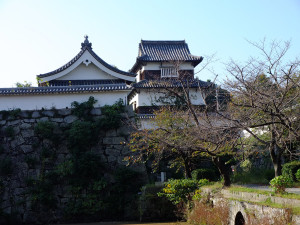 Segments of the old castle ruins

After check out we took a taxi from outside the station and got to the airport just ahead of almost everybody else. Within minutes of us lining up at the counter long lines had formed up behind.

As an airport with few International presence the terminal did not have much shops. On land side there was a gift shop selling the goods you would expect from Kyushu. Nagasaki cake, Hakata little bird cake, things like that. There were only 3 restaurants, a noodle place, a western food pasta place and Japanese meal set place, all looking fairly lonely in the huge and empty level 2 of the concourse. 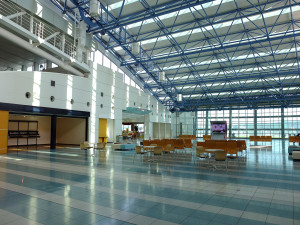 Huge lvl2 concourse with restaurants on either side 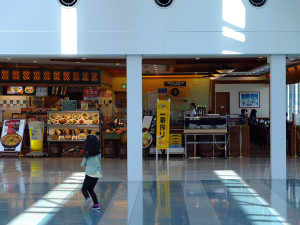 The restaurant look rather lonely 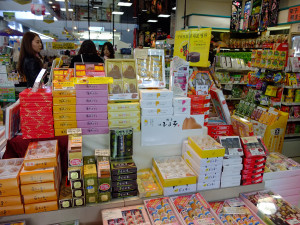 Things weren’t better airside. Outside the usual duty free goods, there were just three gift shops and two not really cafe but sells some coffee shops. Didn’t stop all the chinese tourists buying everything on the shelves of course, unruly as they were their spending power was unmatched, buying as though they were buying for every friends they knew back in China. Dozen boxes of candies and cakes at a time, without a care for how much they cost or really what they were, simply “Oh I heard they’re special from place X, must buy them”. 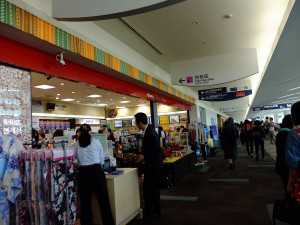 The flight back was once again on a kitty jet, only better as the meal this time included ice cream. 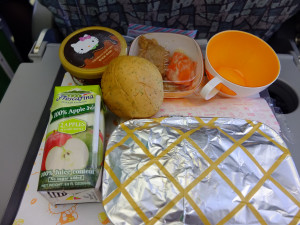