It’s probably a good idea I didn’t think of going to Osaka. The weather forecast shows all day of rain throughout Kansai and Shikoku. Indoor activity it is then, so the Evangelion exhibit. 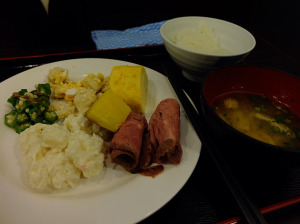 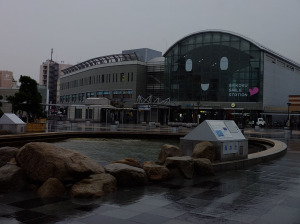 I have never seen the original Evangelion series, only the movie remakes. Its aesthetics is amazing and production quality is unmatched, unique in its blend of bio-mecha. My issue with it is the pretentiousness and absolute, absolute unlikable main character. Shinji is a self-centred, cowardly teenager who hides behind his depression and begs the world for attention and sympathy, even as the world collapses around him.

Overall, it’s not an anime I can say I like, but I won’t mind a behind the scene look at it.

The exhibit is at the Takamatsu art museum. I kill some time at the Doutor till it opens at 10am (which also means I’ve visited Doutor on every trip). 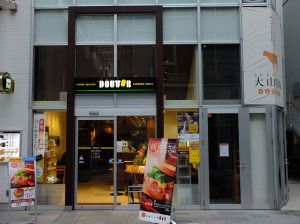 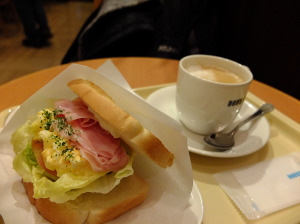 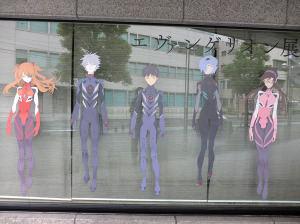 Outside the art museum, characters from Evangelion

In the lobby of the museum is a statue of Unit 01, the mecha piloted Shinji the main character. Along the walls are posters of all five main characters and Eva pilots, Asuka, Kaworu, Shinji, Rei and Mari. 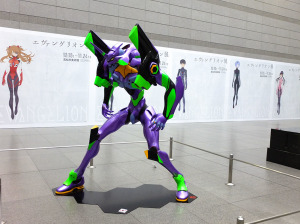 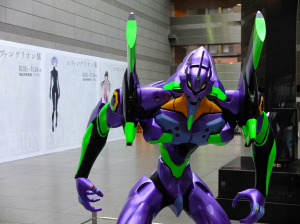 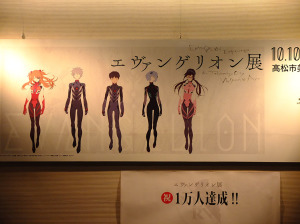 There’s no photos allowed inside so obviously, no photos. The exhibits are divided into several sections.

Character design, this is different from design in that character design focuses on the clothing and expression for each emotion (sad, laugh, tense, angry…etc)

Storyboard, which decides the flow and direction of each scene.

Keyframes, moving objects of the scene are meticulously drawn to capture the pacing and movements of the scene. This is what really struck me as in some scenes the mechas moved so fast I believe the keyframe might well have been done at a 1:1 ratio (ie, no betweening).

3D animation and blending. This section surprised me as I was not aware they used 3D animation for the mechas. 3D animation in anime is a tricky business.

On one hand 3D animation saves a lot of time and money and allows certain shots that would not be possible otherwise (eg, wide landscape shot with sweeping camera). On the other hand, blending 3D with 2D drawings is incredibly hard.
The 2D elements either cannot keep up with the 3D components, or the 3D components appear too clean (hand drawn lines squiggle, 3D lines don’t). Poorly blended 3D animation becomes a jarring mess that breaks suspension of belief, like watching a 80s film with a guy in a puppet suit rampaging through cardboard cities.

That I could not tell they used 3D animation for the Eva is a real testament to the animator’s skills.

All the materials are sourced from the battle scene against the 10th Angel, and after showing all the storyboard, design, keyframes for it, the scene is played on a giant projector to demonstrate how they all came together in the final product.

The last area contains sketches and sneak peak from the upcoming last movie.

In the souvenir area I bought a glass printed with the outline of the 7th Angel. The glass turns red when filled with ice water. 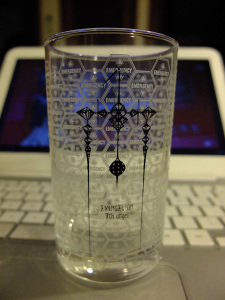 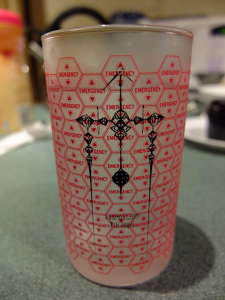 The exhibit far exceeded my expectations and the 1000Y entry fee. It gave me a much deeper understanding for the Evangelion movies that while I still won’t call it good, I can respect and appreciate the love, effort and care that went into it.

I spent just over an hour at the exhibit, perfect timing to catch my ride out. It’s a non-stop dash all the way from Takamatsu to Okayama, transfer to Shinkansen to Shin-Osaka, then onto the Haruka express straight to Kansai airport. 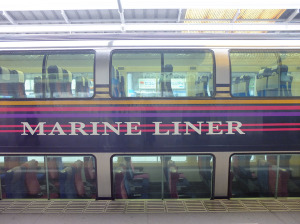 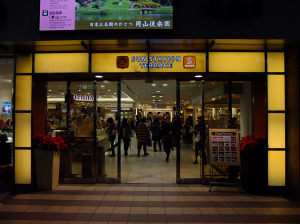 Short pause at Okayama for transfer

My transfer at Shin-Osaka is a bit longer and I am able to check out the souvenir shops quickly. Everyone is buying up the famous banana cake I almost wondered if I should buy one. 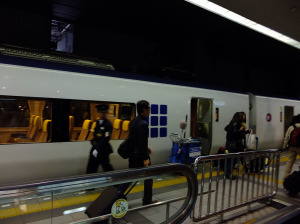 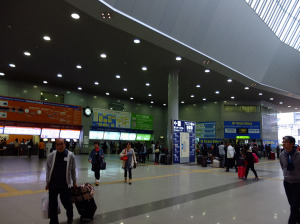 There’s a small anime festival at the airport aimed at raising awareness of anime culture to visitors. Not much there, a small Animate shop selling anime goodies, a signing event for maids from some maid cafe and a stage that has panels and cosplay skits. 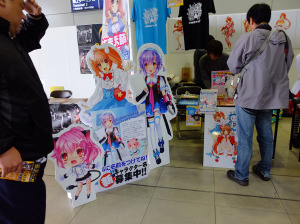 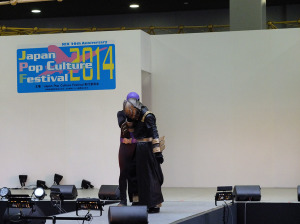 I check in at the Jetstar counter then head down to level 2.

Kansai airport has plenty of food options on level 2, including a ramen street and a food court for other food, such as omelet rice, stir-fry soba, pasta. As Jetstar does not include food with the ticket (of course), I intend on grabbing a quick bite. 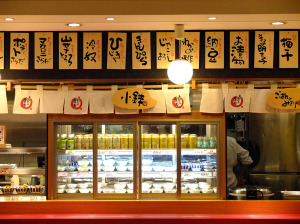 There’s a lot of options, and I almost considered the omelet rice, something I haven’t had in Japan this time. But then the stir-fried sobas caught my eyes and I decides to try the odd looking dish. 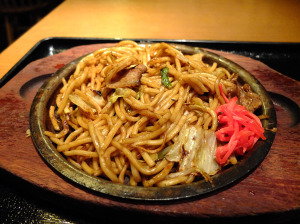 There’s also plenty to shop at Kansai airport. There’s even a pokemon store selling all kinds of pokemon plushies.

At last, I give a last look at Japan and passes through customs. 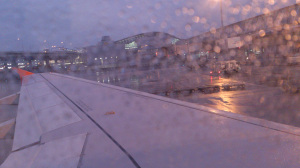 The flight is operated by Jetstar Asia based in Singapore. The inflight menu is decided unappetizing and cheap looking. Where as Vanilla Air’s menu is well presented with the usual Japanese style of quirky cheeriness and cute charm. Jetstar Asia’s presentation is cold and seem to say “here’s the food, we don’t care if you really want it, we’re going to rip you off anyway”.

The inflight attendants certainly don’t try selling the food either, appearing to be more keen to stay in the galley and chat amongst themselves. 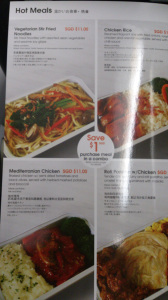 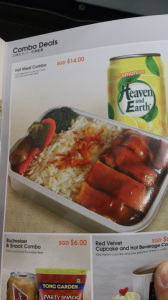 And here concludes this 15 days trip that’s full of highs and lows.