This day is my off day, or catch up day, where I have nothing planned before hand. 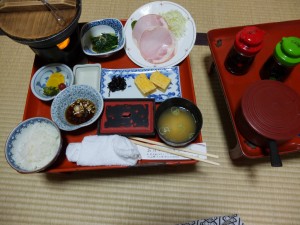 The day start with a leisurely breakfast. Unlike hotels, at ryokans breakfasts are brought to your room.

The breakfast is a weird mix of western and Japanese food, I attribute to the need to cater to westerners. I would have been happy to go the whole experience but this does just fine. It’s been a week since I’ve had a proper breakfast anyhow, so rice and miso soups are always welcomed, even the oddly out of place hams (though I do wish they got coffee). 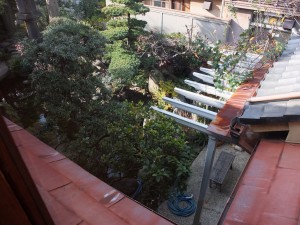 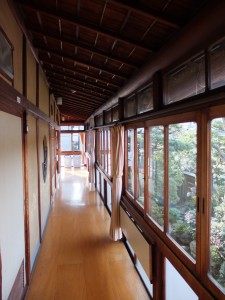 My room is in the bekkan, or annex, across the street from the Homeikan main building. 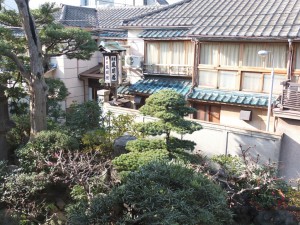 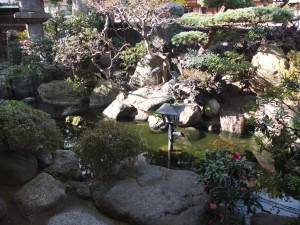 So what do I do on an off day? After chilling on the tatamis, I decide that I go have that dessert I missed the other nights at Caretta. 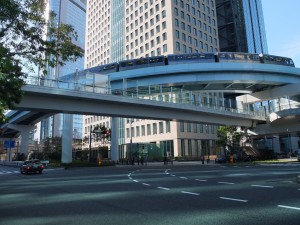 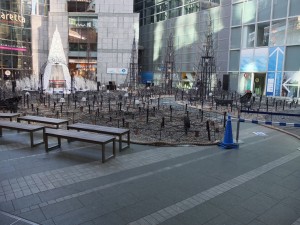 While empty outside, Caretta remains packed, with lines outside of restaurants, albeit smaller ones). 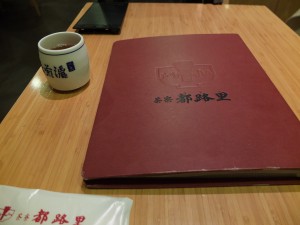 Alot of people recommend Tsujiri for its matcha desserts…though.. the menu isn’t what I quite expected.

Do Japanese just love eating ice cream in the cold of winter? o_O 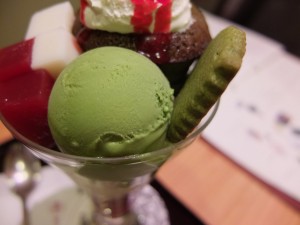 I picked their Caretta limited special, momi no ki, or Japanese fir tree, a tie in with the Blue Forest illuminations. 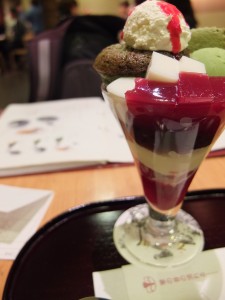 Thankfully they have hot tea available to warm your body after the matcha ice cream.

I can’t really say I liked it or not…. it’s… just different, a strange bizarre mix of ice cream, jelly, warm muffin and red beans.

After that it’s off to Akiba! I’ve only had a quick tour on Day 1, and only the main streets.

Time well spent, for I found a gallery displaying various anime illustrations, including Tinkle, Cradle (Misaki Kurehito), Kantoku (omg omg) and even Kishida Mel (wheee). Can’t take pictures though, so nothing to show for it but memories of staring at the works of these digital masters.

It’s great to see that anime illustrations is being treated as real art, if only in Akiba. The art also comes with art prices…. 30000Y for a tapestry?! And fully framed prints are in the 6 digits.

As much as I’d love to hang some of Kishida Mel’s works on the wall of my room…I’ll stick with artbooks.. thanks. 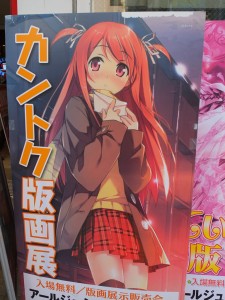 The advert outside pointed me in to the art gallery 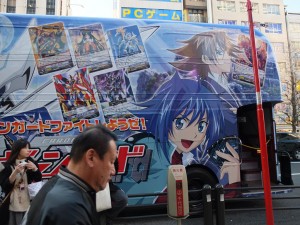 Not sure what this bus is for..but only in Akiba

I got back to Homeikan fairly early. I’ll need to sleep early for the war tomorrow. 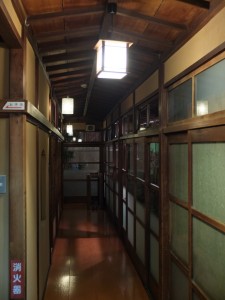 Some more poking around the history filled ryokan, a hot bath followed with a bottle of iced coke. Ahh.. that’s the life. 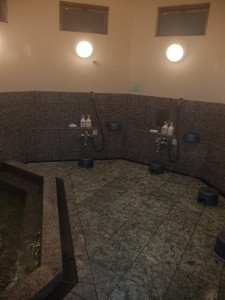 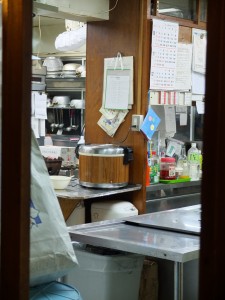 As I passed on the way to the bath, I noticed the Homeikan staff preparing dinner for the guests who’ve ordered them. Couldn’t really tell what they are making, but it smelt good!

The day ends early, as mentioned. It’s war tomorrow and I best be prepared.